Therefore, the following equation is used to determine the overall heat transfer coefficient for use in Equation 2-3.

Rj and R0 are fouling factors. Fouling factors are normally included to allow for the added resistance to heat flow resulting from dirt, scale, or corrosion on the tube walls. The sum of these fouling factors is normally taken to be 0.003 hr-ft2-°F/Btu, although this value can vary widely with the specific service.

Equation 2-5 gives a value for “U” based on the outside surface area of the tube, and therefore the area used in Equation 2-3 must also be the tube outside surface area. Note that Equation 2-5 is based on two fluids exchanging heat energy through a solid divider. If additional heat exchange steps are involved, such as for finned tubes or insulation, then additional terms must be added to the right side of Equation 2-5. Tables 2-1 and 2-2 have basic tube and coil properties for use in Equation 2-5 and Table 2-3 lists the conductivity of different metals. 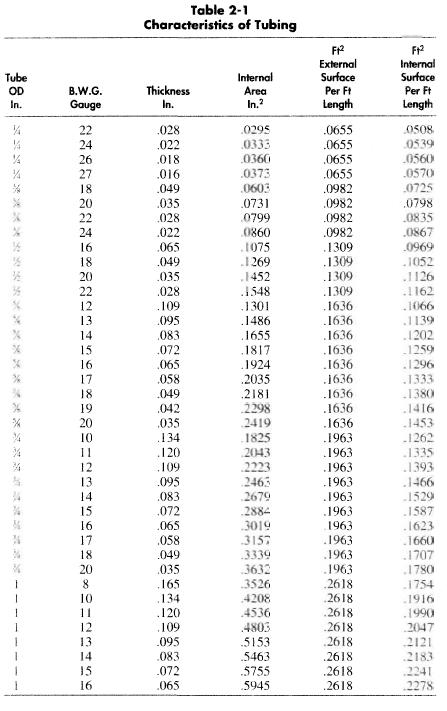 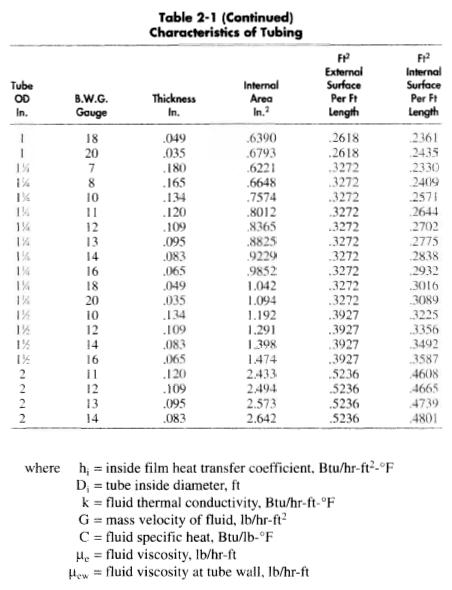 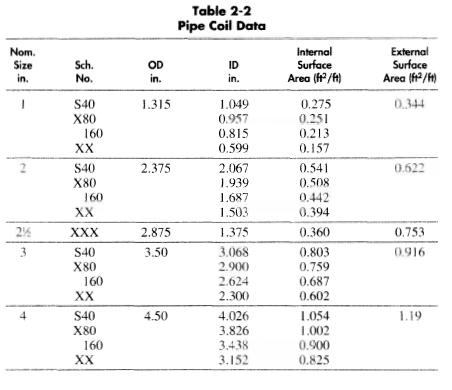 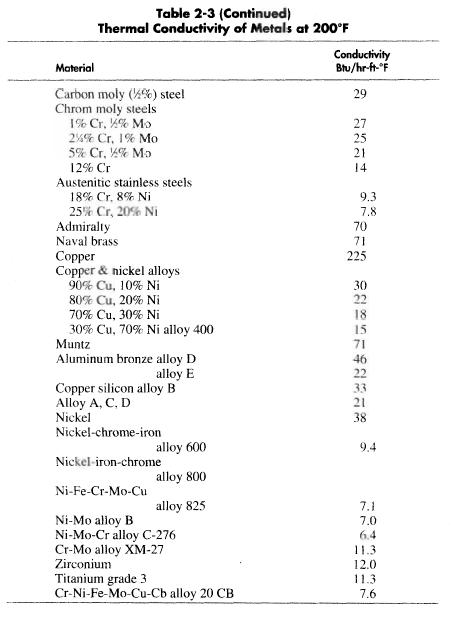